How Variable Speed Pool Pumps Save You Money

How Variable Speed Pool Pumps Save You Money

Is your pool pump approaching the end of its life? Are your hydro bills still too high, even with a timer on your pool pump? If so, it may be time to consider a variable speed pool pump!

What Are Variable Speed Pool Pumps?

A variable speed pump is simply a pool pump that allows you to vary how fast or slow its impeller moves. Why is this important? The slower the impeller moves, the less power it uses and the cheaper it is to run. This effect is known as the Affinity Law (more on this later). 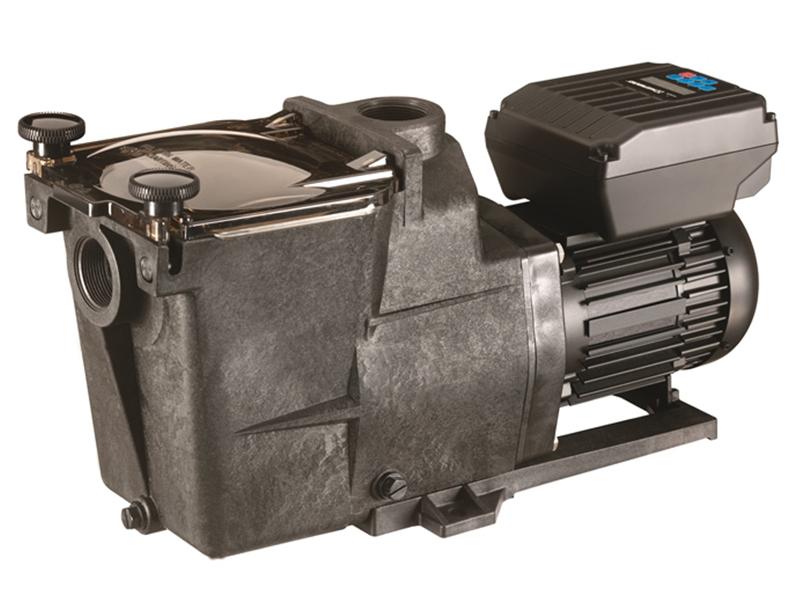 Variable speed pool pumps, like this Hayward Super Pump VS, allow you to save $100s of dollars per year by reducing the amount of power needed to run your pool.

Pool pumps exist to circulate the water in a pool; keeping it clean, clear and safe to swim in. In order to do that, all of the water in the pool needs to pass through the filtration system at least 2-3 times per day. Most pool pumps today, however, are oversized.

If left on 24hrs a day, an average single speed pool pumps is able to filter the water in an average sized pool between 8-12 times per day. While this might seem like a great advantage, there’s a problem. To run that pump 24 hours per day can cost you $3-$6 a day, depending on its efficiency.

To combat this, many pool owners will only run their pumps 8-12 hours a day, usually overnight. While this will effectively lower your hydro bill, the lack of circulation during the day can cause major water quality issues like algae blooms that can put your pool out of commission for days or weeks, and cost you $100’s of dollars to clear.

Variable speed pumps allow you to run your pump 24 hours a day at a lower speed; lowering your Hydro bill and helping you maintain crystal clear, clean pool water.

How Much Do Variable Speed Pumps Save You?

While the purchase price can come as a bit of a shock to some pool owners, variable speed pool pumps have two things going for them;

1) Variable Speed Pool Pumps Can Save You $100s Every Year

As we mentioned earlier, variable speed pumps work using the Affinity Law. This law states that a motor’s power consumption reduces exponentially as its speed decreases. This means that if a motor spins at 1/2 speed, it only requires 1/4 of the power to run. A pump that runs at 1/4 speed will only require 1/16 of the power to run.

By taking advantage of the Affinity Law, and the fact that most pool pumps are oversized, most variable speed pool pumps can operate at speeds that will cost pool owners just 10% of what their current single speed pump costs them!

To demonstrate this, let’s look at a basic real world example. Let’s say that we’re running a single speed pump 12 hours a day, during the day. Using the current on-peak hydro rate in Ottawa (15.6 cents/kWh), that single speed pump will cost us around $3.20 per day to run. Even running that pump exclusively overnight, during off peak hours, will still cost us around $1.80 per day.

By replacing that pump with a variable speed pump running at half speed for 24 hours per day (since it is running at half speed, the variable speed pump will need to run twice as long) we will reduce our total cost to around 60 cents per day (based on the current overall Ottawa Hydro rate of 11.18 cents/kWh). Even with the short Ottawa pool season, this leaves us with a savings of between $200-$350 per year!

If you are interested in how much money you can actually save with a variable speed pump, check out Hayward® Pool’s energy calculator. You simply enter your postal code and the size of your pool and it will help show you how much money you could be saving!

This means that after about two pool seasons, the pump has virtually paid for itself with all the money you save on your hydro bill (compared to a traditional single speed pump).

As Hydro rates continue to climb, people keep looking for good ways to reduce their hydro bill. For pool owners, one of the most effective ways of lowering your electrical bill is by purchasing a variable speed pool pump.

Variable speed pumps are by no means a new idea, they have actually been around for a number of years. While the up front cost of a new variable speed pump was once a little alarming, the large rebates being offered by Hydro Ottawa and Hydro One mean that they are now more affordable than ever, costing only a few hundred dollars more than their single speed counterparts.